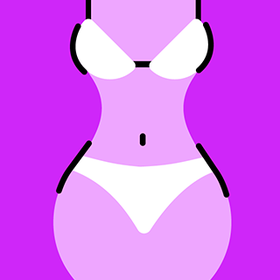 Why You Are More at Risk

Girls have to be extra careful not to catch STIs. The bad news is that you are more at risk than boys of being infected with a sexually transmitted infection (STI) or HIV. If you are having sex, the only method to stop an STI is to use a condom.

Why are girls more at risk?
Diseases pass more easily from a penis to a vagina because there is a larger surface area of cells inside a girl’s vagina. In addition, the semen can remain in the vagina for some time.

Rough sex, unwanted sex (like an assault or rape) or ‘dry’ sex can all cause small tears in the surface of the vagina, allowing bacteria and viruses to enter your body more easily. This makes you even more at risk.

Beware of older sex partners!
Chances are that an older man has had many more sexual partners than you have. This means there’s a higher chance he already has an STI, even if he doesn’t know it. You may be in a relationship with an older man where he’s giving you lots of nice gifts, or even money, so that you will have sex with him. It’s a good idea to think twice about what you are doing. If you do have sex with him, remember to always use a condom to avoid getting STIs and HIV and some form of contraception to avoid getting pregnant.

Test and clean it up.
If you think you might be infected with an STI, visit your local clinic for a test so that you can get treated as soon as possible. It’s better to treat the infection sooner rather than later. If you’re feeling worried about getting tested, remember that it’s more important to know so that you can fix it. Then make sure you don’t ever catch another one!

Check them out.
Always look carefully at your body and your lover's (especially the genitals), checking for a bad smell, an unusual discharge, sores, bumps, itching or redness. If you think you or your partner may have an infection, don't touch the sores or have sex. Make an excuse and bail.

Some people think it’s only a guy’s job to carry condoms. But you have to protect yourself! Carry a condom -- they are free at government health facilities -- or ask at the clinic about the female condom. Read how to use them below.

Are you worried you may have an STI? Get to a health facility and check it out. Then get medication to fix it. Ignoring it is not a solution.